Canada’s Men’s Rugby Team has closed out the 2018 Americas Rugby Championship with a 33-17 victory over Chile at Estadio La Portada in Santiago. 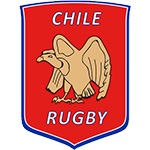 It was a special occasion for veteran hooker, Ray Barkwill as the 37-year-old earned his 50th cap for the National Team. The number two has been one of the standout players for Canada this season with two tries to his name.

Canada dominated the first-half with tries from Kainoa Lloyd, Lucas Rumball and Kyle Baillie giving the away team a 22-3 lead at the break. A couple of late consolation tries tofrom Chile in the second-half gave the home fans something to cheer about but it wasn’t enough as Canada, the stronger team on the day, walked away with a 33-17 win.

Canada started the better of the two sides and were rewarded with a penalty which Gordon McRorie slotted with ease to give Canada a 3-0 lead in Santiago.

Canada dotted down for their first try of the game after nine minutes on the clock. Ray Barkwill in his 50th test match setting up Kainoa Lloyd after a quick turn-around to score in the corner. Canada 8-0 Chile.

Chile did manage to get on the board through a penalty from Tomás Laniszewski but it was all Canada for the remainder of the first-half as first Lucas Rumball got on the scoresheet before Kyle Baillie smashed over in the last minute of the half. Half-time score: 22-3 in favour of Canada.

The second-half started similar to the first as Gordon McRorie slotted another penalty to extend Canada’s lead. Canada continued to dominate but struggled to convert the pressure into points with the score remaining the same until Cole Davis scored one for the highlights reel in the 69th minute. Andrew Ferguson producing a moment of magic to put the winger away for Canada’s bonus point try. 30-3.

Chile seemed to find an extra breath in the final ten minutes of the game and were rewarded with two tries of their own to close the gap to 16 points at the final whistle.

It’s a victory for the BC Bears (@bcrugbyunion), who are the winners of this year’s U19 Canadian Rugby Championships! 🏆 Congrats to all the teams that took part, including players, coaches and match officials. 👏 #RugbyCA https://t.co/aUtKoY9nJr

The U19 Canadian Rugby Championships will conclude this weekend at the University of Guelph as the teams compete for the title. Tournament schedule 📅 https://t.co/p0I9qNECeo Re-watch all the matches via Rugby Ontario’s YouTube channel 📺 https://t.co/YqmWiJ1vgG #RugbyCA https://t.co/6SFKLGnjBA